The Hungarian Atlas of Historic Towns series presenting the spatial development of Hungarian towns forms part of a European enterprise, the European Town Atlases. The aim of the series is to provide a comprehensive overview of the spatial structure and street network of urban settlements, the location of their public buildings and public places, and the development of all these with the help of historical and designed maps, topographical studies and gazetteers.

Scholarly research in Hungary was joined to the European Atlas Project by late Professor András Kubinyi, full member of the Hungarian Academy of Sciences, in 2004. At that time research on four towns was began at the Institute of History of the Hungarian Academy of Sciences, Research Centre for the Humanities. (Buda up to 1686, Sopron, Sátoraljaújhely, and Kecskemét). Between 2010 and 2013 the analysis of urban space in another six towns (Buda from 1686 to 1848, Kőszeg, Miskolc, Szeged, Pécs, Vác) was conducted under the supervision of Katalin Szende, at the Department of Medieval Studies of Central European University. The third phase of the project (2016-2019), based again at the Institute of History, aimed at compiling, presenting and analysing data on the spatial, topographical and morphological development of another five Hungarian towns (Óbuda, Székesfehérvár, Pápa, Szekszárd, Nyírbátor), while the fourth, current phase (2020-2023) focuses on the research of further towns (Győr, Ózd, Pest, Szombathely) and, in addition, continues the publishing of the results of the earlier project phases. 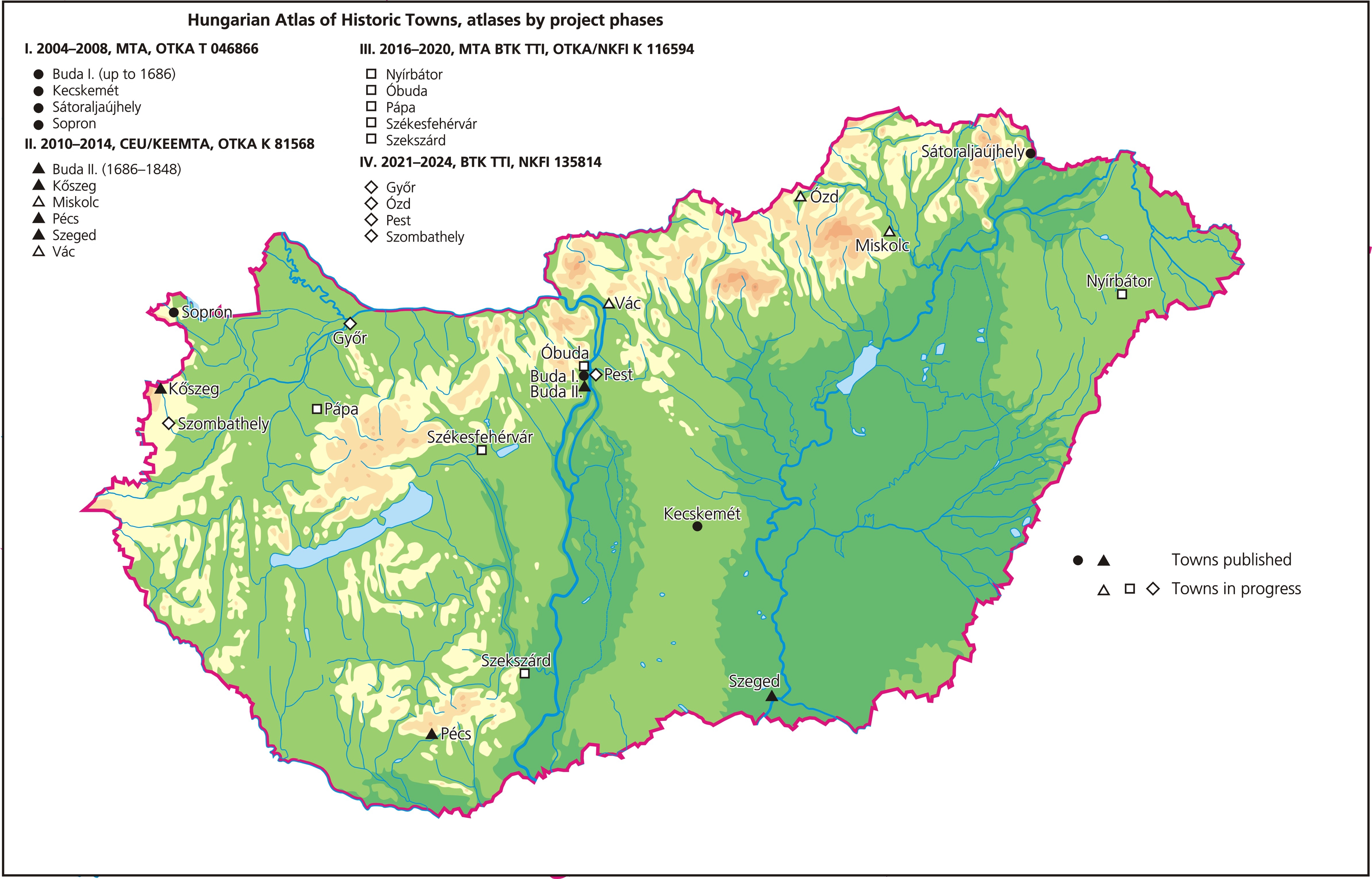